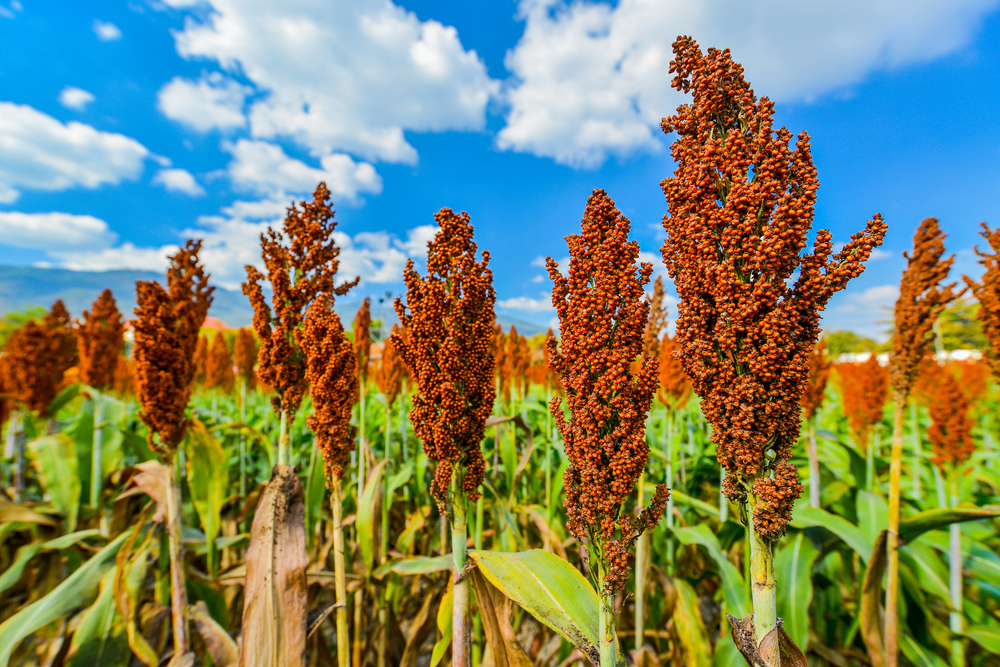 Sorghum (Sorghum bicolor), also known as great millet or durra, is a domesticated species of cereal crop in the grass (Poaceae) family.  It is the single cultivated species within the genus Sorghum.  Wild sorghum is native to Africa, where it was originally cultivated and domesticated about 5000 years ago.  Domesticated sorghum is now the fifth most important cereal crop in the world, and has a number of uses. The sweet sorghum cultivars within the subspecies bicolor are variously grown for fodder, food, syrup production, and ethanol production.  The Sudangrass cultivar in the subspecies drummondii is widely grown as animal forage.  More recently, the stalks remaining after the grain is harvested are being used to make a pressed board building material.